Considered as the best invention of the year 2012, Project glass is a big technological leap developed by Google. A huge breakthrough in the world of technology, it has been a viral topic among techy geeks and Internet experts. True enough, it is another breath-taking device to look forward to. 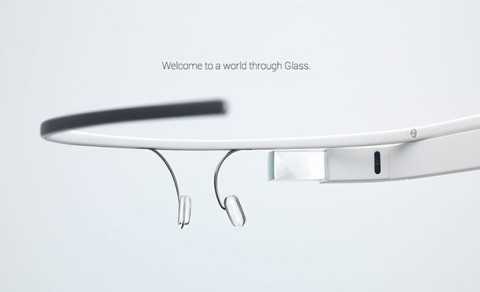 Product Description and How It Works

A product of immense creativity and years of study, Google glass is an augmented reality glasses functioning as an Android computer with an optical head-mounted display.

Designed to be an advanced on-the-go device, it works in a hands-free scheme that is able to decipher natural language voice commands. By uttering the command â€œOk Glassâ€ while tilting your head 30 degrees upward or simply tapping the touchpad, you can already control the functionality of the device as you may take pictures, record HD videos, send messages, ask for directions and even do simple research. Meanwhile, another means of controlling the device is through its touchpad placed into the side of the device. Its mechanism resembles to a timeline-like interface as sliding back calls for current updates while sliding forward displays past logs.

More than that, Google glass is also packed with existing Google applications such as Google Now, Google Maps, Google+, and Gmail and third party applications such as Evernote, Skitch, The New York Times, Elle, CNN News and Path. Other applications include photo-manipulation software, face recognition app, and light sensing and proximity sensor.

To enable sharing properties, Google glass is also comprised of data sharing features such as Bluetooth and Wi-Fi, along with social networking sites including facebook and twitter.

From the time it has been invented, Google glass has undertaken continuous research and development.Â  Google Glass Explorerâ€™s edition was made available last February 2013 and made available by shipping last April 2013. Â The program became the basis if people will support the usage of the gadget. Some requirements were demanded for a candidate to take part in the program: first was to post a message with more or less 50 words in different social networking sites such as Google + and Twitter with the hashtag “#ifihadglass”. Those applicants who fortunately comply with the terms were required to make an appearance to a Google Glass event in order to purchase their device for $1500 in New York, San Francisco, or Los Angeles. Those who luckily participated in the program were then called â€œExplorers.â€

This 2013, Google expanded their market reach as they aimed for further enhancement of Google Glass. With an updated Google Glass version, the company launched an invite system with the Google Glass Explorers. In its newly improved â€œExplorerâ€™s Edition,â€ existing Explorers will be able to invite friends to purchase the gadget and tie up with the Explorerâ€™s program. In essence, Financial Times revealed that there are currently 10,000 Glass users wherein its number is expected to heighten with 40,000. This, in turn, would pave way for more user feedbacks, thereby, inducing stratagems for the betterment of the product.