I just saw a recent report from ComScore that Android and Apple are still taking the lead as mobile operating system provider. 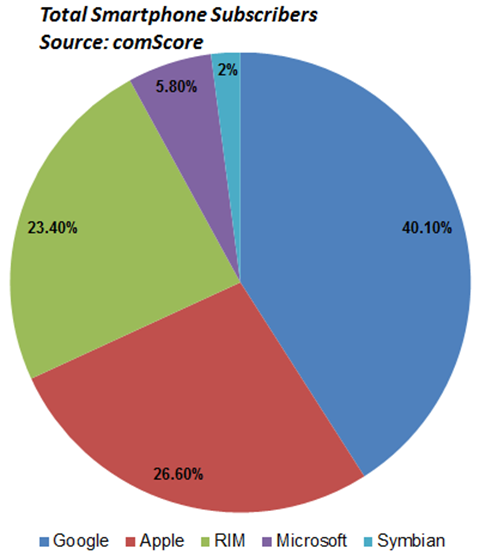 I believed this is due to quality phones that is being introduced have an Android Platform with it. The numbers of Application available both for Android and iPhone is way far compared to their rival Microsoft, and RIM.

But Microsoft will soon introduce itâ€™s new platform codenamed â€œMangoâ€ but of course Microsoft still needs to prove that Mango can beat Android and Apple OS. The rumored iPhone 5 is also giving some hype all over the net. On the other hand RIM will release a handful of new handsets based on its updated Blackberry OS 7.

So we will see a battle of OS on the next few moths.