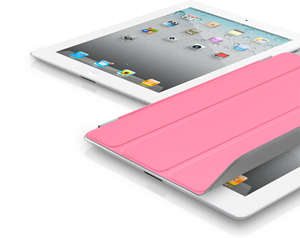 Prior to the scheduled release of the iPad3 at the end of first-quarter of 2012, Apple seems not taking lightly the presence of smaller size tablets such as the Amazon Kindle Fire tablet and other bigger smartphones to dominate the 7inch PC.

Sources from Digitimes reported that, Apple will likely to release its version of 7.85-inch iPad tablet before April 2012 to retain its edge over its competitor in the tablet market.

If this report is true, this will be a very interesting 2012 for the tablet trend since Kindle Fire is gaining momentum with its popular and vast support of digital products from its creator, the Amazon.com. Of course, Apple also has its own wide support of from iTunes. But the main issues here are the price, apps and features which definitely will make a difference when that day comes.

Meanwhile, as mentioned before here, tablet PCs Global shipment are now estimated to climb to 60 million units before 2011 ends and Apple’s iPad takes the 70 percent shares.

Apple’s iPad 7.85 inch model is projected to be available early of third quarter of 2012 once the production starts in the second quarter as hinted by makers of the supply chain source.

Meanwhile you can see the present rate of iPhone 4s in Philippines, which was launch yesterday.