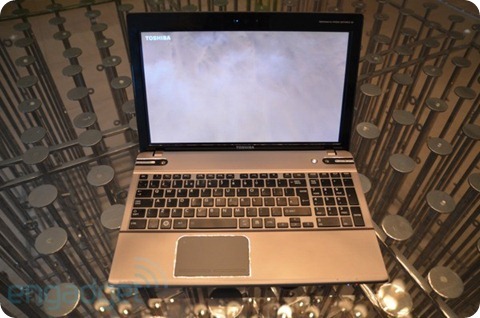 Toshiba announced the release of Satellite P Series laptop in United Kingdom today. It is a series of four models that Toshiba will cater to users with different needs.

The first two models have 15.6-inch screen, referred as the Satellite P850 and the Satellite P855. Both laptops are designed to meet the home entertainment needs through the multimedia applications including the incredible new feature, glasses-free 3D screen.

The second set P Series has larger screens, the Satellite P875 and Satellite P870 with a 17.3-inch screen display to fit user need, the likes of photographers, designers and entertainers.

Prices are not announced but target date availability of Toshiba P Series will be on second quarter of 2012.