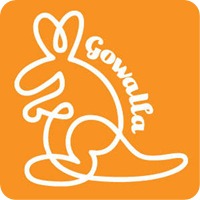 The social media giant, Facebook, has just recently purchased Gowalla for an undisclosed sum of money. Gowalla is an online application that allows you to share photos, stories and favorite places with your friends or family via your iPhone or Android device. Gowalla then confirmed that the merge was done this month ad their services will be fully integrated on Facebook by latter part January of 2012.

So whatâ€™s in it for users now that Gowalla is one Facebook?

For existing Gowalla users, the acquisition technically means that Gowalla no longer owns the data you entered on your user account. It is now officially at the hands of Facebook. You can now opt to import your account information on your Facebook profile. Because of the transfer, Gowalla users are likely to be given the option to download their archives before it permanently close the company, if they decide to do so in the future. You can also add your check-ins to your Facebook Timeline if you want to.

As for Facebook users, you can now have the convenience of sharing the locations visited to your friends and family with just a few clicks. Gowalla will have built-in features on Facebook that will allow you to update your check-ins frequently and conveniently. Acquiring Gowalla is quite a good strategy since Facebook already launched Facebook Places. With Gowalla around, users can now easily update their location status in a snap.

The Gowalla feature is a great follow up for Facebookâ€™s Timeline, which is all about stamping stories that are memorable in oneâ€™s life. With Gowalla, you can now mark locations and tell stories or keep it in your Facebook archive to treasure.