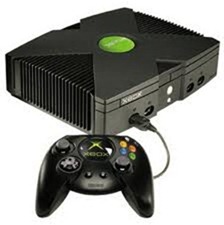 Microsoft will launch a social and audio/ video feature for Xbox.com. If you check the website, its My Box section will be replaced by a brand new and cooler social media functions. On top of this, there will also be some music and video sections.

All these enhancements make way for Microsoftâ€™s all new and improved Xbox Live dashboard. There are a number of cool add-ons to it like Kinect-enabled search engine with voice recognition via Bing. It also offers cloud storage when saving your favorite games. It also supports Beacons that allows users to mark their games and play them with other players. The up and coming Xbox Live TV function, called Orapa, is also something to look forward too.

The main social feature of the new Xbox.com was developed by Microsoftâ€™s Entertainment and Devices unit and will be mainly used for searching videos and acquiring them. This feature will also allow users to comment, rate and recommended music and videos.

There are also emerging rumors that the Microsoftâ€™s Zune service will be integrated with the Xbox. With the new improvements on the gadgetâ€™s dashboard and the added website features, this will not be far from realization. Video search and browsing is one of the main functionalities of Zune.net. It also integrates a music library that users can readily play when they want to.

With the social media craze, it is no wonder that a lot of tech gadgets are making their way to join in the circle. With Microsoft technology and its gaming gadgets, it is not far from today that we find a new and cool way to share games, videos and music more conveniently with your gaming device.