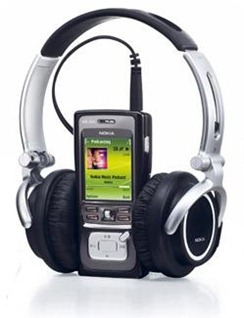 Make way for Google Music. Appleâ€™s iTunes status as the single most popular digital music store is being rivaled by Google. It launched its very own iTunes version this Wednesday and set to provide downloads for computers and mobile devices. This is the first time that Google Inc. offers songs on its online store that usually just sells apps, books and movies. The Google music store is geared to sell to the Android market.

Good news is that you can have chance to get free songs for downloads. Music downloads range anywhere from $0.69, $0.99 and $1.29.Some of the popular artists are already on the bandwagon like Pearl Jam, Drake, and Coldplay, among others. So far, Google offers about 13 million music tracks from major recording companies such as Universal Music, Sony Music Entertainment, EMI Group Ltd and other independent labels.

Google also have a very nice social network feature that allows users to share their purchased music over at Google Plus. People belonging in one circle can listen to the songs at no cost. It also features an online locker where purchased songs are saved and can be streamed over cell phone and computer browsers at no extra fee.

If you have an iPad, you can use Google music streaming via Safari browser. Googleâ€™s cloud storage can hold up to 20,000 songs. While you need to pay for Apple iTunes Match at $25 a year, the cloud music services of Google allows you to listen to your music when you want it. You can listen to your purchased songs with any mobile browser or computer browser without having to download the music that you already paid for.

Google Music is still in Beta and is currently available in the United States. But with Googleâ€™s reach, it is not a surprise to find its availability in Europe, Asia and the rest of the world in a couple of months.