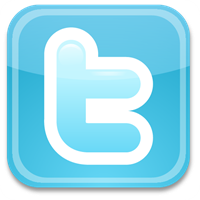 If you are on Twitter, you might have noticed its brand new design and look which was launched this week. Twitter announced its major website redesign and promises more features for brands and a quicker way for users to find data and an improved discovery section.

One of the senior executive of Twitter relays to Wall Street, that the redesign was not just a mere makeover of its interface but also a conceptual redesign that makes this popular social media platform more accessible and useable to the next billion users.

The redesign is by far the biggest move that the company made since its creator Jack Dorsey returned to Twitter as one of its executives last March. Twitter now has an improved interface that makes the site easier to navigate. It also offer more features for customizing your page. Profile pages are also expanded so users can enter a more detailed info. Twitter is also targeting more businesses as advertisers.

The updates are not only viewable in PC browsers, but also updated for smartphones and tablets. It can also run on iPads and iPhones. Since its conceptualization in 2006 by Jack Dorsey, Twitter has over 100 million users with posts at 250 million tweets on an average. The companyâ€™s user growth increased by an astounding 25% since the month of October.

The redesign intends to make Twitter services simpler and understandable to be able to reach its goal of 1 billion active users. With the new look and improved usability, it is not far from being a rival of Facebook in the social media scene.

Does it means twitter wants to compete with Google Plus and Facebook? We will see in the near future.