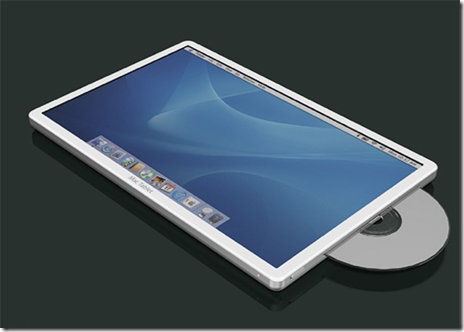 Every Apple lover will definitely wait for the latest Apple Tablet that is yet to be released in September. The Apple E-book would have a guess price of $700 to $800 and might focus withÂ  Movies, E-book reading and Gaming.

Below is a copy of analyst report.

One veteran analyst who has seen first-hand a prototype slate-style computer from AppleÂ  says the device could be announced in September for release in November.

Whatever the exact dates, the computer industry is so anxious to see what Apple introduces that it has held off on competing designs until Apple CEO Steve Jobs gives the device his final blessing. “It’s close enough now to a final design that in Asia, there’s no other product in the waiting room or in the bullpen,” said the analyst. “There are dozens of ODMs [original device makers] making products for Lenovo and other PC makers that are all waiting to see what the Apple product is.”

The new device, which may retail for $699 to $799, could fulfill a variety of multimedia functions currently taken up by a gaggle of individual consumer electronics devices. It could be a home media center, somewhat like the current Apple TV, and it could be a gaming machine, opines Jon Peddie, head of Jon Peddie Research in Tiburon, Calif. “Gaming will be a big part of what this is about,” he adds.

The machine impresses with its display of hi-def video content, says the veteran analyst, who asked not to be identified. “It’s better than the average movie experience, when you hold this thing in your hands.”

A second source confirmed to me that news of the new device “is all over the supply chain in Asia.” The biggest question at this point, and the least understood by anyone outside Apple, is whether the company’s App Store will be the exclusive distribution point for software for this device.

As Steve Jobs says, it’s the software that defines these things. [ 9to5mac.com ]