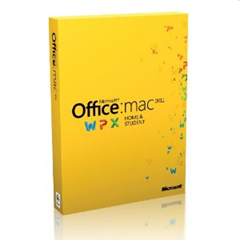 For those of you waiting for the release of Office 2011 for Mac , I would like to tell you that it will be available on Amazon on October 26, 2010, This news was also announced by Microsoft last August 2010 on their Site .

REDMOND, Wash. â€” Aug. 2, 2010 â€” Microsoft Office for Mac 2011, the next version of the leading productivity suite for the Mac, will be available in more than 100 countries around the world at the end of October. The suite will come in two editions to purchase at retail â€” Office for Mac Home and Student 2011 and Office for Mac Home and Business 2011. For better alignment across platforms, the Office 2011 pricing and edition options map closer with Office for the Windows operating system. In addition, starting today, if customers purchase Office 2008 for Mac, they will be able to upgrade to Office 2011 when it is available at no additional cost through the Microsoft Office for Mac Technology Guarantee Program.

â€œWe develop Office for Mac to give you the tools to create great-looking and compatible documents â€” with options to pick the right edition for your Mac needs,â€ said Eric Wilfrid, general manager, Macintosh Business Unit (MacBU) at Microsoft Corp. â€œMore than ever before, Office 2011 brings the familiar productivity tools and features of Microsoft Office to a suite of applications that work great on the Mac.â€

Office 2011 for MAC will be available in 13 languages, including Danish, Dutch, English, Finnish, French, German, Italian, Japanese, Norwegian, Spanish and Swedish. The MacBU worked to expand the global accessibility of Office 2011 and is adding two new languages â€” Polish and Russian

This is an Amazon Link Office 2011 for MAC

Disclosure : Above links to Amazon is an Affiliate links and we earn from your purchase.