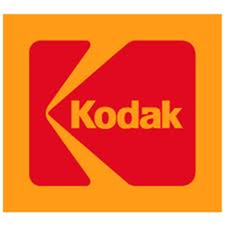 This news may sound shocking if you are a Kodak long time user since the company has been around for 131 years (Wall Street Journal). Recent news discloses that Kodak will likely to file protection bankruptcy in the coming weeks. Kodak currently employs 19,000 employees which fate is clearly in limbo while the company finds a way to turn around the situation. Although, preparation is under way for the bankruptcy, the people behind Kodak were in dialog with large banks such as J.P. Morgan Chase & Co., Citigroup Inc. and Wells Fargo & Co. for a $1 billion financing to keep the company thrives with the proceedings before the chapter 11 filing.

Before the dialog, measures have taken for the sale of some 1,100 patents portfolio through a court-supervised auction as experts suggest would reverse the situation if such a plan will succeed, according to the report.

The Kodak is well-known for profit-sharing with own employees, and even compared to Apple or Google by its former employees during the time of its time. But Kodak wasn’t able to take advantage on the new technology and recently fails to manage with the rise of smartphones and digital photography.