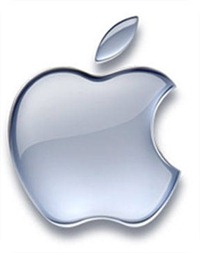 Thereâ€™s an ongoing rumors around for the longest time about Apple TV. The talk of a big screen product launch resurfaces as an insider from the company said it is looking at designing and manufacturing a 42-inch or even a larger screen TV. One of its main features is built-in WiFi.

The insider continues to look around the office setting for clues of an Apple TV. The vice president of industrial design, Sir Jonathan Paul "Jony" Ive, who recently received the honor of being a knight, has a big 50-inch television in Appleâ€™s design studio. One time, Steve Wozniak– Apple co-founder, was caught saying that he anticipates that the company will eventually venture in the TV business.

Earlier reports even guessed that Apple is planning to build television with screen sizes ranging from 32 inches to 55 inches, according to Smarthouse. There were also reports that company has been buying LCD screens with sizes 32 and 37 inches as reported by Digitimes.

Steven Wozniak has a vision of creating a living room full of Apple products. Television is the main entertainment gadget at home and he anticipates Apple being part of this widely used home gadget. The company is said to make use of its current technology to internet connect iPad, iPhone and other Apple products to the Apple TV. And of course, if this comes into reality the company might even offer a better cable service or a very cool way to connect the App Store to your regular TV programming.