Both Globe and Smart have made the new Samsung Galaxy Note II available to local consumers. Smart opened up their pre-order page on for the tech giantâ€™s newest smartphone on October 6. The new device is available to Smart subscribers free for their Unli Data Plan 2000. Globe, on the other hand makes the new smartphone available to their subscribers free for their Plan Php 2499. They are throwing in free tickets to the David Guetta concert as well, for the first twenty people who will take them up on their offer. 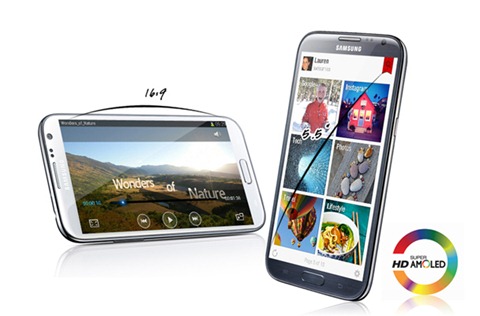 The Galaxy Note II boasts of a 5.5 inch Super AMOLED display with a resolution of 1280Ã—720. It also has an 8-megapixel camera on the back. The new smartphone will be running on Samsungâ€™s 1.6GHz quad-core processor. It will also be equipped with a 3,100mAh battery which is a definite improvement on its predecessorâ€™s 2,500mAh battery. It is thinner at 9.4mm from the Galaxy Noteâ€™s 9.6mm thickness. It is running on the cutting-edge version of the Android 4.1 known as the Jelly Bean.

While the Samsung Galaxy Note II is huge at 80mm wide and 151mm tall, it is slightly narrower and longer than the original Note. But, the new device is great for web browsing and watching videos, thanks to its amazingly large screen. The Note II also comes with 16, 32 or 64 GB storage. It comes with an S Pen, or what is more commonly known as the stylus, which is neatly tucked into a slot at the bottom of phone. The new smartphone is also packed with a slew of software that makes the most of the pen. There are more amazing things that come with the Note II but one thing is certain, it is one handsome gadget to lug around.