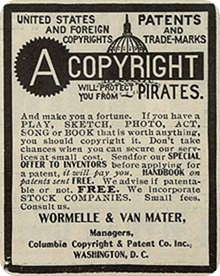 There are so much concern now all over the net regarding the passage of the bill called Stop Online Piracy Act also known as Internet Black List Bill which according to the statement of US Rep. Zoe Lofgren (D-Calif.), "would mean the end of the internet as we know it".

The principle of SOPA is to go after websites that sells infringing products (unauthorized or prohibited use of works under copyright) the likes of music, movies, clothing and medicine. According to the bill supporters, this bill would put more teeth on the current Copyright infringement and would not limit at shutting-down U.S. based website but also to foreign sites.

Some noted highlights on the bill provisions would allow the U.S. Department of Justice and copyright holders to get court orders requiring online advertising networks, payment processors (i.e, paypal, cashu2, etc) and other organizations to stop payments to website or any web-based services accused of copyright infringement.

This bill can also prohibit search engines such as Google, Yahoo and many others as requested by Department of Justice on the court orders from linking to the suspected infringing sites. Domain name registrars can also order to block subscriber access for those websites and Internet service providers accused of violating copyright infringing.

Reports say that legislation of the bill is expected to happen before year end.