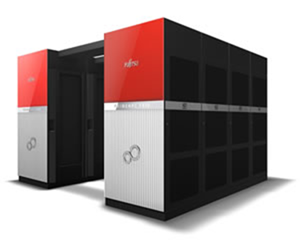 Supercomputer called "PRIMEHPC FX10" is launched today in Tokyo Japan by Fujitsu to confirm that it is now available globally. This super-high speed device as disclosed in news, is capable of scaling to a top theoretical processing performance of 23.2 petaflops, that is double the high speed than the previously announced by Riken and Fujitsu the "K Computer", last November 2, of 10.51 petaflops. That means, the PRIMEHPC FX10 supercomputer system can be scaled up to a 1,024 rack configuration which comprise of more than a hundred thousand interconnected CPUs.

With this development, it is said the new system has the potential to address societal challenges: from drug development, disaster prevention and mitigation, other measures for safe and secure society. The possibility can also extend up to cutting-edge research, development and manufacturing of new materials without the need to make prototypes. Companies as well can take advantage to increase their competitive edge.

A petaflop is a measure of a computer’s processing speed and can be expressed as a quadrillion floating point operations per second.

The new system is highly compatible with the "K computer" supercomputer, it is currently under the joint development between RIKEN and Fujitsu. The new system will be available worldwide and will start shipping on January 2012 (Source: Fujitsu).