Yesterday an event called â€œ Back to the Macâ€ was held by Apple. The main intention of the event is to showcase different product in relation to MAC Family. as expected Apple announced the new Mac OS X Lion, two new MacBook Air laptops, FaceTime for Mac, new iLife software and a Mac App Store . It is actually about 15 most since they have launch new features of MAC since they have focus their research and development for the iOS products such as iPad, Apple TV, iPhone and iPods which I think proves to be effective.

Apple seems to be synchronizing iOs capabilities into MAC. although it does not includes the touch screen features of iPad or iPhones. It has announced the Face Time Beta feature of MAC although those who are living in Saudi Arabia will not benefit for this since this feature is block in here. FaceTime for Mac, Apple’s new video conferencing application, is available for all Mac OS X 10.6.4 users immediately. You can download FaceTime for Mac from Apple’s site.

All multitouch gestures for Lion will center around Apple’s new touch-based mouse products such as the Magic Mouse, Magic Trackpad and MacBook touchpads. Major new touch-based features for Lion include two utilities called Launchpad and Mission Control. Launchpad is basically a replacement for viewing your applications library in the Mac Finder. Launchpad sits in the OS X dock, and after you click on it Launchpad displays all your Mac desktop applications in the same way you’d see apps on the iPhone.

Well if I where to choose for a netbook and an iPad i would choose the iPad instead. 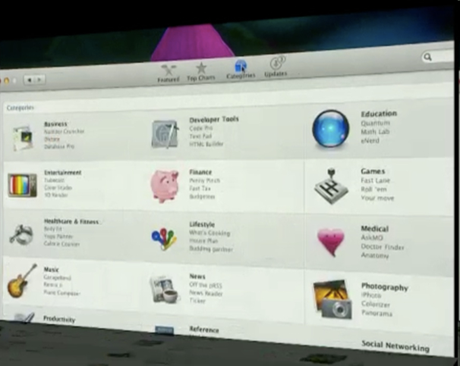 An Appstore is also introduced during the event. I believe that apple saw the income potential of having an appstore for the MAC. Just imagine how many paid downloads is being made in the appstore. Itâ€™s a continues income generating machine for them.

Apple isn’t waiting for Lion to launch its new App Store either. The company is planning to launch the Mac Store for OS X Snow Leopard users around mid-January. Developers will be able to submit applications to the Mac App Store beginning in November.

Now question is how much income will it generate for MAC ? I bet it is a lot .. So what is the best product for you? Based on those product launch by Apple yesterday.