During the much publicized October 23 event that Apple just held, the tech giant not only unveiled the iPad Mini, as expected; it also unveiled its fourth generation iPad, a move that surprised even the keenest of tech watchers. The new iPad looks the same as the iPad 3 so the difference is definitely not in the looks. 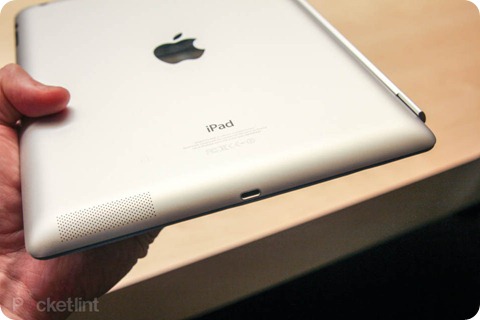 Apple announced that the new iPad will hit stores on November 2 and will come in two colors: white and black. It is priced at $499 for the 16GB version while the 4G iPad4 will start at $629 for the 16GB version. The 64GB 4G version will sell at $829. But what are the differences between the iPad 3 and the fourth generation iPad? According to Apple, the latest version of their iPad runs on an A6X processor which doubles CPU and graphics performance. It features the same Lightning connector found on the iPhone 5 and has an upgraded HD front-facing camera at 720p and a Wi-Fi that is twice as fast. It still retains its 10 hours battery life, A6X processors notwithstanding.

Tech watchers are wondering why Apple found it necessary to â€œcannibalizeâ€ its best selling iPad 3 and come up with a new version barely 6 months down the road. Whatever their reasons, the move signals bad news for consumers who were confident that they had the most updated device for at least a year. As a concession, Apple is willing to upgrade anyone who purchased the iPad 3 within the last 30 days at select Apple stores.