It looks like Apple is not alone in its bid to take over the mobile device world with Retina Displays. A China-based software company called Qihoo 360 has recently announced that it is developing a smartphone called Qihoo AK 47 that will have a Retina Display. Qihoo 360 revealed this plan briefly after Appleâ€™s statement that the upcoming MacBook Pro will have the popular screen. 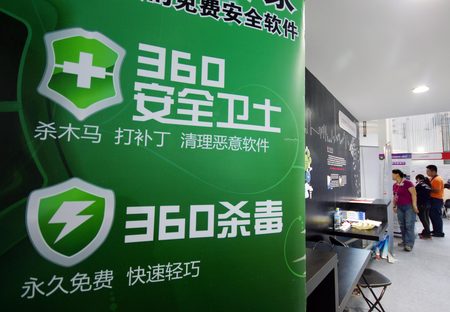 Qihoo 360 named its new product after an assault rifle. This is a fitting choice in that the device could potentially threaten, even partially, the Cupertino company as the latter would no longer be the sole manufacturer offering the high-resolution screen.

Qihoo AK 47 smartphone is one of the companyâ€™s first forays in the mobile market, and the first one that carries its own brandname. The company had also recently teamed up with Huawei, another Chinese company, in selling the Huawei Shine phone next month. Previously, however, Qihoo 360 had made a name for itself in making an antivirus application as well as a web browser. Now, its focus is on this new device which sports a resolution of 1280 x 720 at 326 ppi. The Retina Display, which was identified as the main reason why most buyers bought the latest iPad, could likewise be the AK 47â€™s selling point.

Under the hood, the AK 47 is packed with an ARM Cortex A9-based dual-core TI OMAP 4460 processor clocked at 1.2 GHz. It also has an IVA 3 hardware accelerator that will aid in making HD video playback smooth. Lastly, this device will have Android 4.0 OS, a gigabyte of RAM, and 4 GB of storage capacity. For these specifications, users will need to pay only around $274.

The Qihoo AK 47 will serve as an alternative to pricey high-end devices from more popular brands. Of course, it may have difficulty marketing itself since its brand is unknown, by comparison, to Apple, Samsung, or HTC. However, if the device lives up to the expectations brought about by its specifications, it might just earn its own loyal following.