Hurricane Sandy caused the cancelation of the New York event announced by Google for October 29, but the situation did not deter the company from announcing its latest devices consisting of the Nexus 4 smartphone, the iPadâ€™s latest competitor â€“ the new Nexus 10 tablet, and the Wi-Fi versions of its Nexus 7 through blog post. 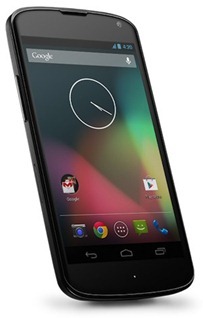 Developed in collaboration with LG, the Nexus 4 smartphone will run on Android 4.2. It is an altered version of LGâ€™s Optimus G smartphone equipped with Qualcommâ€™s quad-core Snapdragon processor, and features a 3G connection using GSM and HSPA+ technology. A 4G LTE version is not yet available. It features a 4.7-inch IPS Plus display in HD, an 8-megapixel rear camera, and a 1.3MP front-facing camera. The 8GB model is priced at $299 while the 16GB is at $349. They will start selling this on November 13 at the Google Play Store in the U.S., U.K., Canada, Germany, France, Spain, and Australia.