A student who is finishing her doctorate in computer science at the Polytechnic Institute of New York University has been studying the possibility of swiping the tips of her fingers to log into an iPad application she created under the guidance of her adviser, Nasir Memon. Napa Sae-Bae said that her work is still in the early stages but she hopes that in the future, finger swiping could provide a better alternative to passcodes and passwords currently in use. She and her adviser said that passwords are especially harder to type into touch-screen devices so using swiping gestures with our fingers could be a more convenient and ultimately more secure alternative. 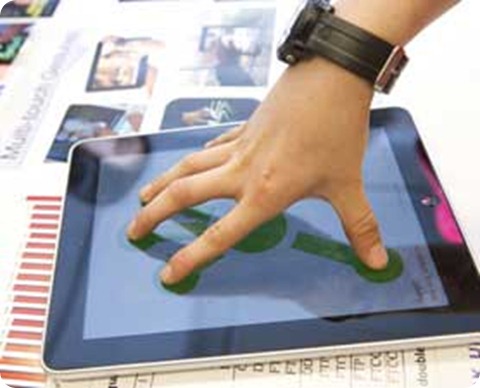 Kevin Bowyer, a computer scientist from the University of Notre Dame who studies biometrics has commented that the two have not yet been able to test the new application on enough people to prove that the application can distinguish individuals from among a larger population but it is quite clear from the studies made by Sae-Bae and Memon that gestures are enough to keep some intruders from entering your tablet.

The study works on the premise that there are differences in gestures made by individuals. Even if an individual tries to copy anotherâ€™s gestures, there will be a distinct way in which a certain individual will pinch, swipe and turn his fingers. Sae-Bae explains that people have different distances between their fingertips, different tracks along which they pinch together their fingers and different speeds at which they swipe their fingers. Thus, an application such as the one she created can effectively distinguish the manners and gestures of the person who owns the device where the application is loaded and lock out anyone who tries to open it using hand gestures. She admits that her application requires much more work before it can be released commercially.