A team of researchers from the Tokyo University of Science under the leadership of Shinichi Komaba are studying the possibility of developing sodium-based batteries using sodium ions as the positive side (cathodes) and carbon coming from ordinary sugar as the negative side (anodes). 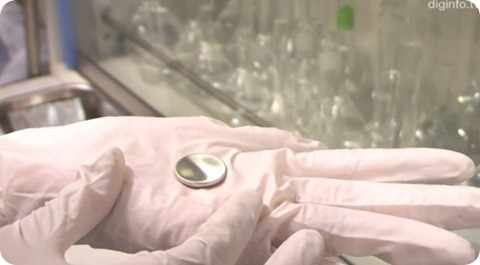 To get the carbon from sugar, the team burned it without utilizing any oxygen at temperatures ranging from 1,800 to 2,700 degrees, temperatures that are hot enough to melt cast iron at the upper end. This method produces high quality hard black carbon powders. This form of carbon allows for the storage of 20 percent more energy than one battery made from ordinary carbon.

The standard battery for gadgets is lithium-ion, a rare Earth element that has deposits in Chile, Argentina, China and Australia. Its rarity is the reason for its being very expensive. The lithium-ion is ideal because it stores a lot of energy for its weight. Thus, scientists have been trying to find ways of lowering the cost of these batteries which provided the impetus for this groupâ€™s research with carbon extracted from ordinary sugar and sodium from ordinary salt.

If their research is successful, batteries can be made from materials that are not problematic in terms of supply. While lithium can be recycled, this is done only on a limited scale. It is for this reason that the cost of lithium has sky-rocketed. In contrast, sodium is present in table salt and sucrose is present in ordinary sugar. However, it will take a long time for such a battery based on these two common materials to be commercialized.