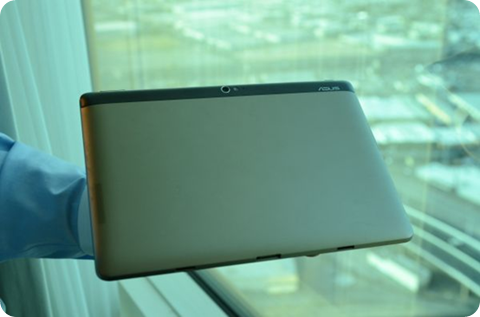 Time is just right for Asus recent release of Transformer Prime TF700T series at CES 2012 event in Las Vegas today. Report says that the original Eee Transformer Prime is making a hit since it was launched and having shortage of supply due to unexpected demand.

With itâ€™s success, Asus upgraded the next-generation tablet, which clearly indicates that it will not allow other tablet brands outperform the Transformer Prime TF700T in terms of features. As a matter of fact, Prime TF700T will get the latest Android 4.0.1 Ice Cream Sandwich upon shipping that would start on second quarter of 2012.

What’s more in store? A lot: the likes of improved screen – a Super IPS+ display 1920 x 1200 resolution, the upgraded front-facing camera from 1.2 megapixels to 2 megapixels, and the enhance GPS. It also includes the 1.3GHz quad-core Tegra 3 chip and onboard internal storage with an option to 32GB or 64GB. Aside from Wi-Fi and Bluetooth, other specs are identical with the first Transformer Prime.

The Transformer Prime keyboard dock is expected as an added selling appeal making it unique from competition. It actually has the price at around $599 and $699 in the US market prior to the product sale.