As expected, Apple unveiled the much-anticipated iPad mini during their recently held event. But it was just one among the many products the tech giant introduced at that special occasion. The fourth generation iPad was also introduced as well as the 13-inch Retina MacBook Pro, Appleâ€™s most popular notebook. 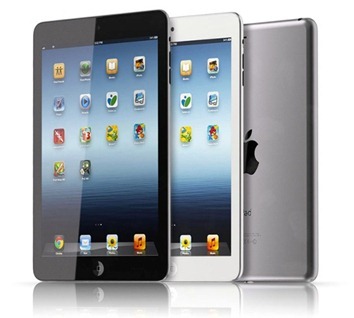 The new MacBook Pro with Retina display is .75 inches thick and weighs 3.75 lbs. It has a resolution of 2,560 x 1,600 pixels, a definite upgrade from the previous versionâ€™s resolution. The Flash-based hard drive starts at 12GB to a whopping 768 GB. The more compact version has a 2.5 GHz Intel Core i5 processor with the option to choose the faster 2.9 GHz Intel Core i7 processor. The graphics are provided by Intel HD Graphics 4000. It starts with 8GB of 1,600 MHz memory. It has two Thunderbolts and two USB 3.0 ports for connectivity plus an HDMI port. It also features also features a FaceTime HD camera, dual microphones, improved speakers, three-stream 802.11n Wi-Fi, and Bluetooth 4.0. The battery is said to last for 7 hours.