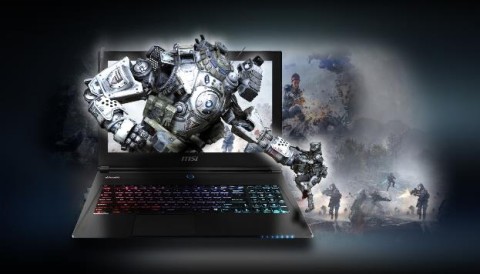 Many of us know notebooks as the kind of gadget that people use to type reports, check Facebook updates, or browse famous Tumblr accounts. Well, not anymore â€“ MSI has just announced on May 12, 2014 that their gaming notebooks, the GS60 Ghost Pro 3K and GS70 Stealth Pro will soon hit the shelves.

These gaming notebooks are promised to deliver the ultimate gaming experience â€“ each gaming notebook will be able to handle any game setting. After all, each of the fresh-from-the-oven notebooks has an NVIDIA GeForce GTX 870M graphics, Killer Gaming Networking and Super RAID Technology, and a 4th Generation Intel Core i7 processor, in its arsenal.

The MSI GS70 gets its superior data processing power and accessing speed from the latest Super RAID Technology. This gives the GS70 the ability to merge three mSATA SSDs, making speeds of up to 1,500MB per second possible. This is roughly three times faster than your usual high performance notebooks and 15 (!) times more powerful than your traditional laptops with standard SATA hard drives.

Both the GS70 Stealth Pro and GS60 Ghost Pro 3K boasts an NVIDIA GeForce GTX 870M graphics that can handle almost all graphics-demanding titles. Plus, the whole gaming notebook is made out of Mg-Li alloy, and super light and sturdy material. The gadget will not weigh you down during your travel.

Demanding games comes with high-performance hardware and high-performance hardware means heat. You need not worry though since the notebook is designed with an intelligent dual-fan cooling system that makes sure not one bit of innards overheat. The dual-cooling fans efficiently and effectively lowers your notebookâ€™s temperature even if youâ€™re on a gaming marathon. The fans work by sucking in air from the vents positioned at the top of the notebooks. These vents help circulate the air through the motherboard and processor. Definitely for the hard-core gamers.

The price starts at a bank-breaking $1,999.99 and just gets more expensive depending on whatever hardware you want to see it with. If you have a $1,999.99 wad of cash waiting to be spent on gaming, then this laptop notebook is definitely for you.